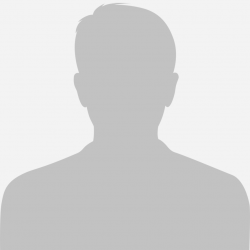 Graduate of the Lodz University of Technology In 1987 he obtained the degree of Doctor Habilitated of Technical Science and in 2002, the title of Professor at the Institute of Electrical Power Engineering of the Lodz University of Technology. Member of the European Energy Institute, advisor (think tank) in energy-related matters to European institutions and companies. The only Polish representative in the European Energy Institute.

He has over 30 years’ practical experience in electrical power engineering, including 10 years of work abroad in such countries as Australia, Canada, and Singapore. He is currently leading the Electricity Market Research Group. He has participated in designing and implementing electricity markets in Australia, the Canadian province of Ontario, and in Poland.

He is the author of the design of the Polish electricity market, which was adopted by the government in December 1999. He has carried out a number of projects for the Polish balancing market. Winner of the Prime Minister of Poland’s award in 2005 for the design and implementation of LPD and GMOS computer systems for the purposes of planning the operation of the electricity system. In the years 2005-2006, he participated in the preparation of the Programme for the Power Sector adopted by the Government of the Republic of Poland on 28th March 2006. He is currently leading the Electricity Market Research Group, simultaneously conducting a number of projects for Polish, European, and American energy companies in the scope of market analyses and well as methods of planning and controlling the electricity system. He is the organiser of the annual international “European Electricity Market” conference. His publications cover 10 books and special editions, 21 chapters in books, 45 papers in scientific journals and over 150 lectures delivered at scientific conferences. He has led over 65 research and implementation projects. He has also patented three solutions concerning the improvement of the quality of electricity.