5G MADE BY AMERICA

The expansion of fifth-generation telecommunications networks, particularly the issue of 5G vendors, are topics now very much in the thick of public debate on cybersecurity and technology rivalry between the US and the People’s Republic of China (PRC).

To date, warnings by Donald Trump’s administration directed at allies all over the world since 2018 with regard to fears that they would be building 5G networks using PRC components have failed to translate in 2020 to decisions which the Americans expect – the outright exclusion of Chinese vendors. De facto only four countries that are important in terms of US alliances adopted a straightforward position not only in the political but also in the regulatory sense. Australia, New Zealand, and Japan closed off their telecommunications networks to components from the PRC completely, and Great Britain announced the same. Many countries, meanwhile, signed political declarations with the US that express their will to cooperate in ensuring 5G network security, including Poland, Latvia, Romania, Czechia, Estonia, Slovenia. Steps towards restricting market access due to security criteria have been announced by France and can be expected from India.

Over recent days we have been able to watch two processes unfold concurrently, which are impacting the 5G market with a dynamic that is on the rise and which can tip the scales in the technological big game in the US’s favour. On the one hand, there are the consequences of Donald Trump’s legislative measures such as putting Huawei and its business partners on the Department of Commerce’s Entity List in May 2018 and since May 2019 severely restricting 5G CPU sales to Huawei for all manufacturers that use American components. On the other hand, what can already be seen are the first results of the steps taken with the American-led global transformation in mind by means of providing new and innovative solutions that in the present case would at the same time be able to compete with those of Chinese 5G technology manufacturers. This positive action takes the form of supporting and popularising 5G network development in the OpenRAN model.

This solution, the accelerating “geotechnological” rivalry around the world, the American stance on 5G, and the opportunities for Polish companies and Polish professionals are what Izabela Albrycht, The Kosciuszko Institute Chair, writes about in the latest policy brief. 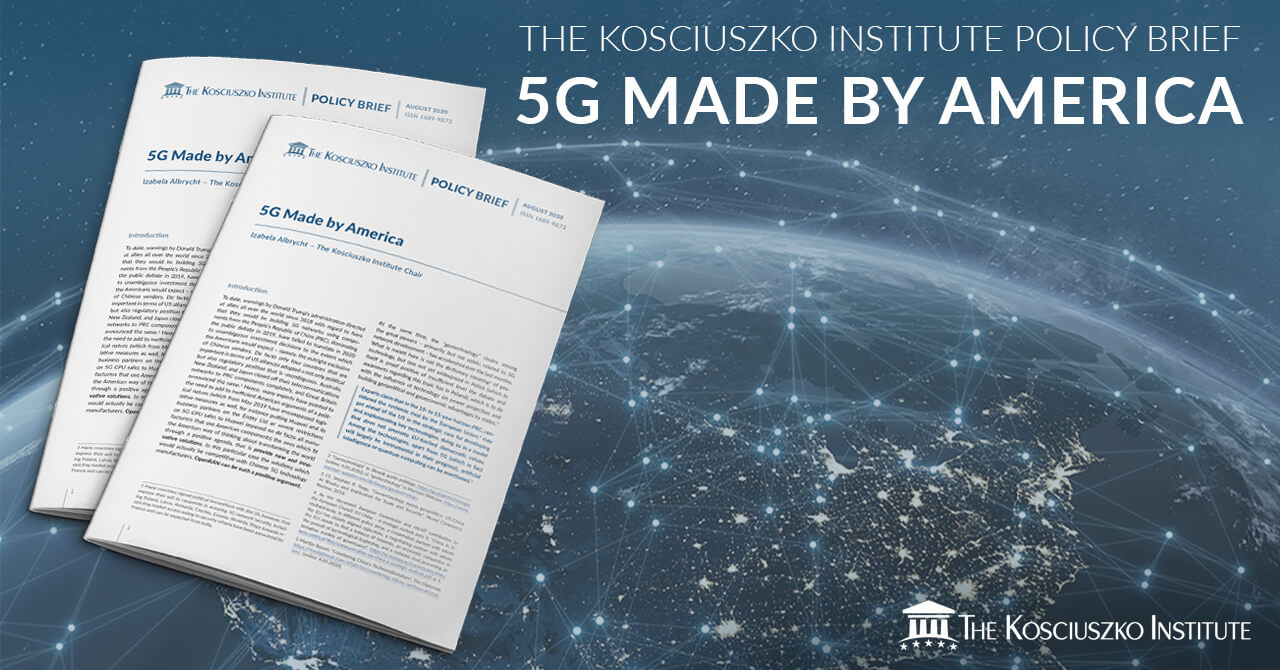